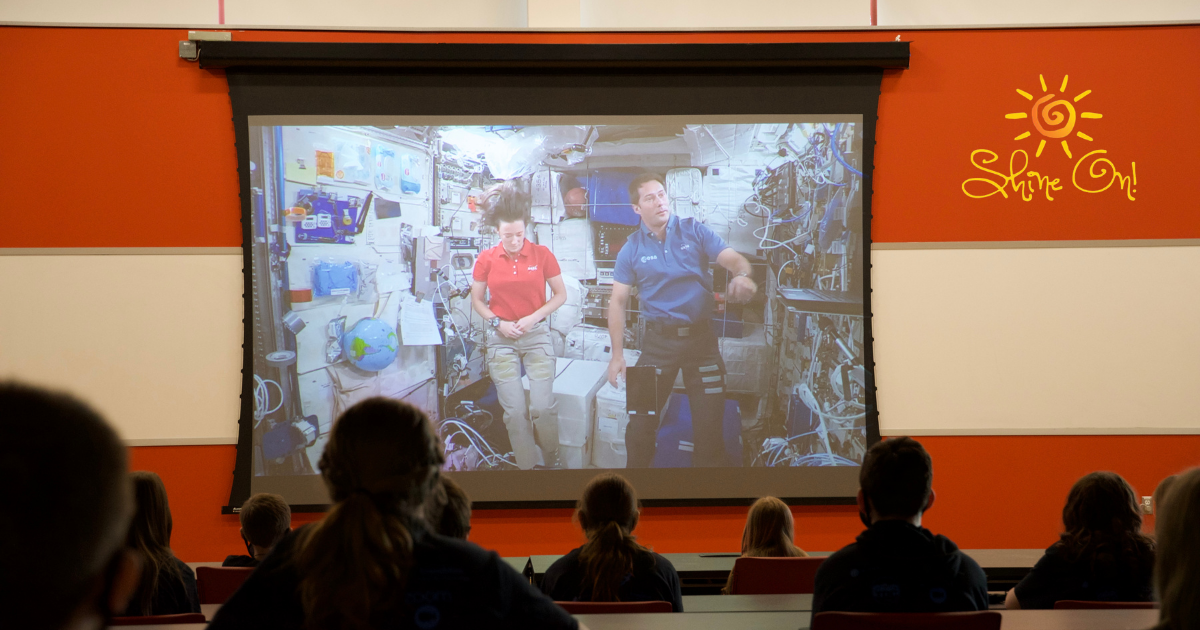 As a supporting sponsor, TDC would like to congratulate the Shine On! committee and all others involved in the successful event.

Earlier this month, Shine On! showcased the resiliency it has been teaching North Country youth for over a decade with a virtual conference that engaged over 6,000 students across New York State, and featured a live video conference with astronauts from the International Space Station. As a supporting sponsor, TDC would like to congratulate the Shine On! committee and all others involved in the successful event.

Shine On! is a nonprofit organization founded at SUNY Plattsburgh focused on teaching media literacy, communication skills, character strengths, STEM exploration, and more, to young girls in the North Country. Traditionally done through an overnight conference, the committee of SUNY Plattsburgh women led by Professor Colleen Lemza shifted gears in 2021. Determined to make an impact without the ability to gather in-person, they submitted a proposal to NASA for consideration in the highly competitive process of being awarded a downlink from the International Space Station. They were successful and took the momentum to maximize the reach across the state. Partnering with Beekmantown Central School District, they opened registration to K-8 classrooms and more than 6,000 students attended the May 6th event.

The 2021 conference was not only the organization’s largest attended conference, it also featured some special guests who were out of this world, literally. The keynote speakers were live streaming from the International Space Station.  The interactive presentation allowed for students to have a dialogue with the astronauts during a Q&A session.

Shine On!’s commitment to encouraging students at a young age to explore STEM and character development aligns well with TDC’s commitment to investing in and supporting the workforce in Clinton County. TDC’s Danielle King was also involved with Shine On! while she was attending SUNY Plattsburgh.

Learn more about this year’s conference and Shine On! By visiting their website, www.shineongirl.org.