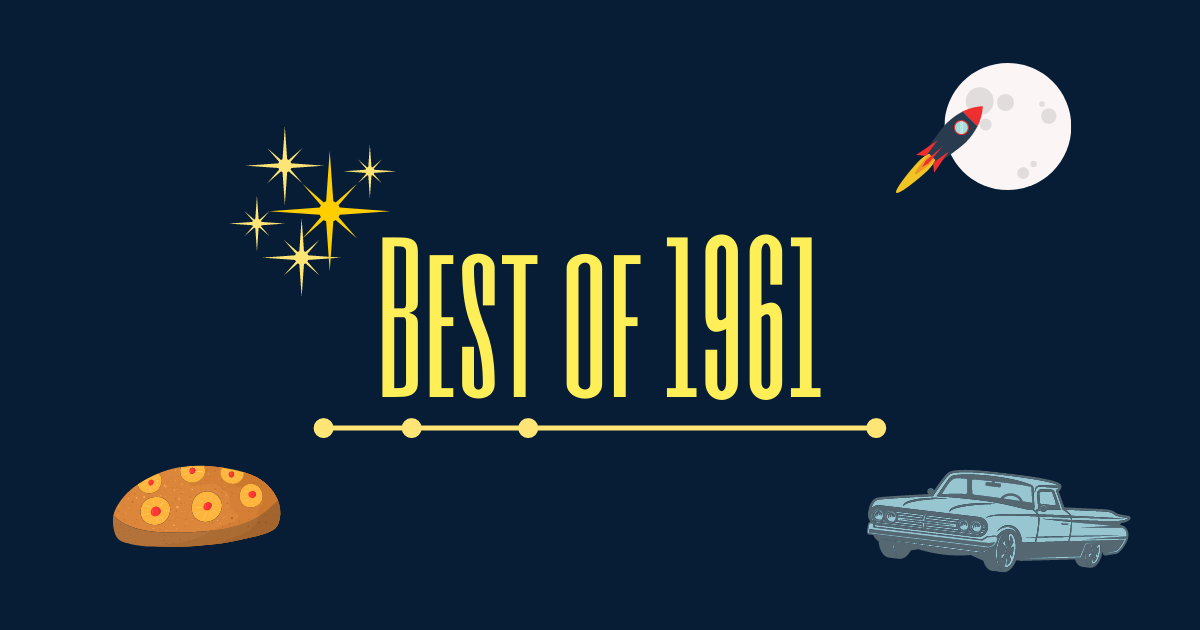 We’ve come a long way since our start we used to have two to three full time employees, we now have seven! We used to share an office space, now we have our own office with a beautiful view. We went from owning a few acres of land with a vision, to owning over 200 acres of buildable land and 18 buildings offering over 600,000 SF of leasable industrial space.

It was a simpler time, but for the founding members of TDC, it was time to get to work.

In honor of our 60th Anniversary we’re exploring what life was like in 1961 and taking a look at how our local landscape has changed since then.

On the Big Screen

TDC is older than what??

TDC has been operating longer than the following local establishments: